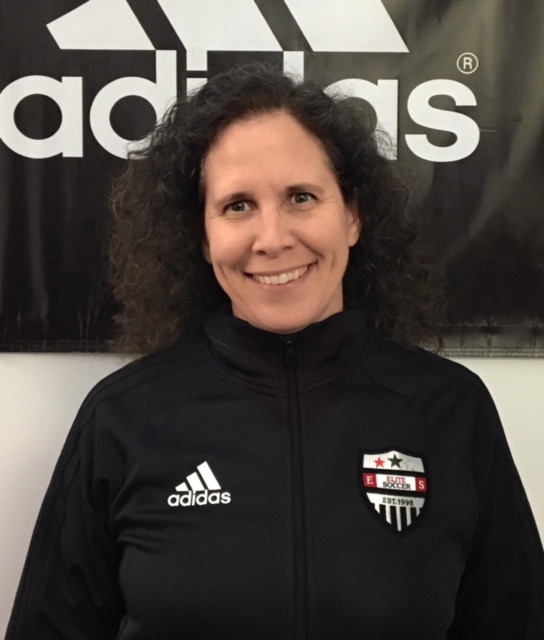 Graduated from Marquette University with a BSN. Worked as an RN until our family grew.
Married to Dan with 8 great kids (all of whom have played with Elite at one point or another).
Kids started playing with Elite in 2003 at their Summer Camps and began on travel teams in 2005 with the Elite as their Trainers. We followed Elite through the inception of Elite S.C. in 2012 and still have kids playing with Elite S.C. today!
I love being a soccer mom! Some of my favorite family memories have taken place at soccer games and tournaments (including watching 2 of my sons' teams advance to Nationals and one of them playing in the Championship game in 2014!) and only a soccer mom would say that her favorite Mother's Days are spent at the soccer field!
Joined Elite Staff in 2013 as the Club Administrator.