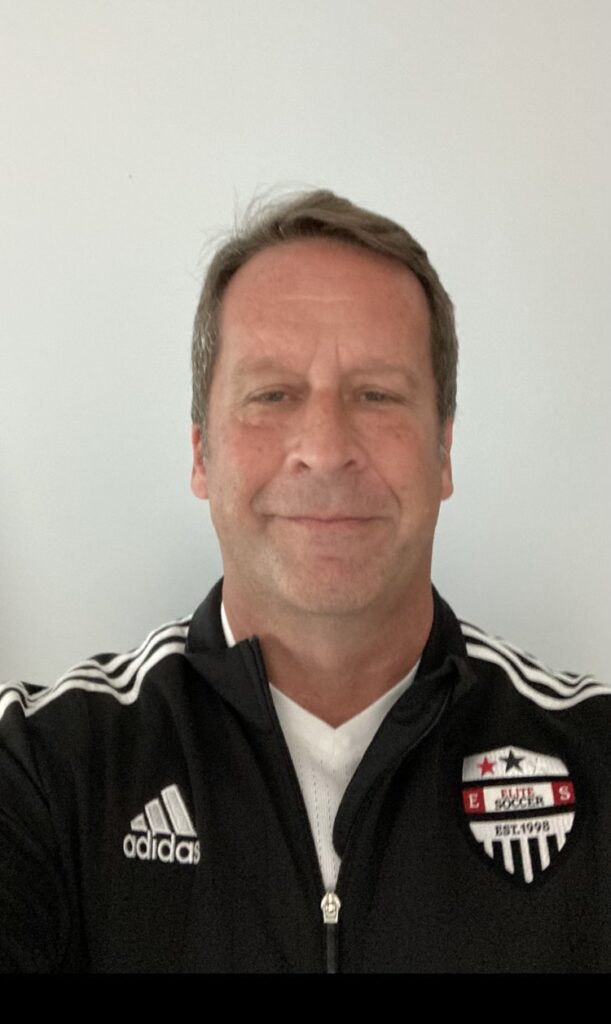 Bio- I started playing organized soccer late, at age 13 when it first became available at Wheeling High School. The next year I joined a Chicago club team, Real F.C. and with the exception of last years shut down I have played year round without a break ever since. In that time I as a part of teams that won a u17 state title, won the MSL HS 1st soccer bowl at Wheeling HS, played a short time at Illinois State University, and after college. three Championships in the men’s Illinois Suburban Premier League.

I started coaching my younger brother when I was 17 and continued to coach since then. I coached both boys and girls U8 to U14 in Bloomington-Normal and Palatine. I have coached both U18 girls and women’s club soccer. Eleven years ago I started coaching U12 girls travel soccer for another local club and then joined Elite S.C. and coached a U12 girls team for two years. My goal is to transfer my enthusiasm and love of the game to my players so they might grow in confidence, skill and form life long relationships around the game.