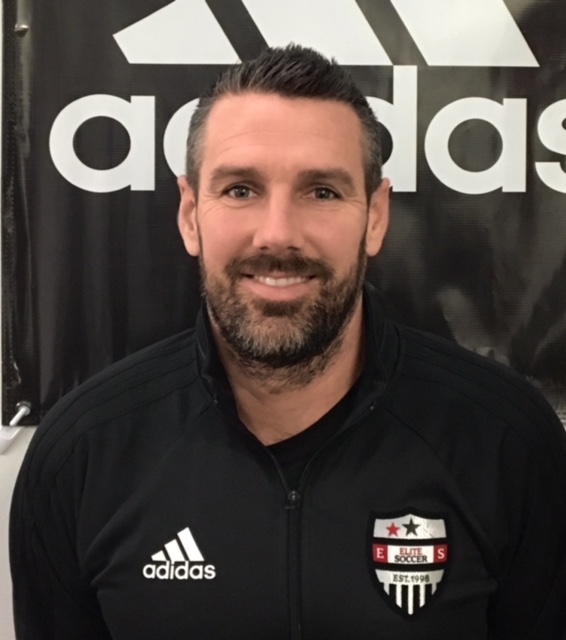 Bio- I grew up in Elgin, Illinois where I attended St. Charles High School and won a state title in 1996 and third place in 1997.   Was an all-state soccer player my senior year in 1998.   Played my entire club career for one club at St. Charles Soccer Club (now Campton United).   After my youth career I was fortunate to be recruited and attend the University of Ilinois-Chicago where I was able to play alongside and be coached by Elite SC Director Stein Garcia.   There I was fortunate to be a part of two NCAA Division 1 tournament teams, making it to the Sweet 16 as as sophomore.   At UIC is where I fell in love with coaching where Stein got me my first coaching job at OPRF Strikers.  I followed Stein to Elite SC at Arlington Aces prior to securing a job in the western suburbs.   Post college I began my teaching career working in Chicago Public Schools at Collins Academy for two years and then moving out to Waubonsie Valley High School teaching Social Studies.   There I coached for both the men's and women's side and was fortunate to be the women's assistant varsity coach where I won state titles in 2008 and 2010.   During that time I moved to Metea Valley High School where I have been the Men's Soccer Head Coach since 2009.    I am also currently the Assistant Varsity Coach on the women's side as well.  I currently am an instructional coach and Social Studies teacher in the building where I was very fortunate to help open in 2009.   On the personal side I have been married to my wife, Chanel for the past 9 years and am fortunate enough to have an amazing 6 year old daughter Sydney that began CPS this year.   We currently live in Chicago and enjoy being part of the hustle and bustle of Chicago.   I came back to Elite in 2016 after trying for years to get back and am grateful to be part of such a great family and network of people.